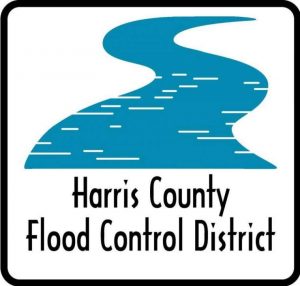 With over 4 million people living and working in Harris County and nine-eight percent of the population living in urban areas, we rely upon our roadways and drainage ways to keep us moving.  Harris County Flood Control District (HCFCD) is charged with devising flood damage reduction plans, implement the plans, and maintaining the infrastructure. 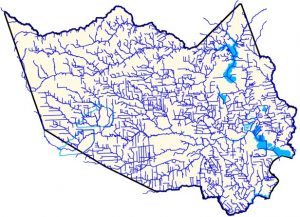 HCFCD was created by the Texas Legislature in 1937 in response to devastating floods in 1929 and 1935.  In addition to serving the 1,756 square miles of Harris County, the district includes the 22 primary watersheds that flow within the county boundaries and total over 2,500 miles in length.  Presently, street drainage is handled by Harris County but the bayous and channels are handled by HCFCD. HCFCD maintains over 2,500 miles of bayous and creeks and 35,000 right of ways.

The City of Houston was founded on August 30, 1836 by Augustus C. Allen and John K.  Allen who paid just over $1.40 per acre for the 6,642 acres of land on Buffalo Bayou.  Texas independence had just been won by General Sam Houston’s Texas army on April 21, 1836 and Houston was incorporated in 1837.  The Allen brothers established the town at the confluence of Buffalo Bayou and White Oak Bayou.  Heavy rain and flooding lead the early settlers to “drain” the land and to clear it of natural vegetation making room for towns, agricultural development, and new construction.  Channels were constructed to drain the water to a lower gradient and the channels became deeper and wider as the flood waters rose and flowed to the Gulf of Mexico. 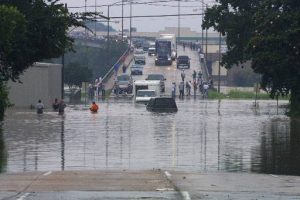 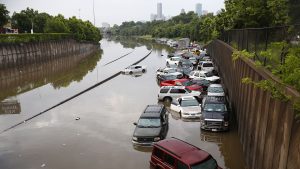 The most recent of these storm events, the Memorial Day of 2015, resulted in areas receiving 10 or more inches of rainfall in a six hour period. This was the most significant rainfall event for the Houston area since Tropical Storm Allison in 2001.  Between 3,000 and 6,000 homes were damaged and over 7,000 motorists were stranded.  HCFCD estimates that over 8,000 homes along Brays Bayou were saved from any flood damage because of the flood damage reduction projects completed in the past 20 years which included detention basins and channel improvements.

The Halloween Storm of 2015 occurred on October 30th and 31st and included severe flash flooding, one fatality, flooding of over 400 structures, and flooding of multiple roadways in Harris County.  Federal projects that had been completed along Sims Bayou, Brays Bayou, White Oak Bayou, Halls Bayou, Greens Bayou, and Hunting Bayou prevented damages to thousands homes. 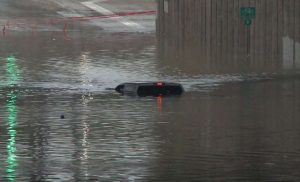 HCFCD serves as a local partner to leverage federal tax dollars for flood damage control.  The United States Army Corps of Engineers (USACE) has provided major federal funding for drainage projects in Harris County since the 1930s.  Capital Improvement projects for HCFCD are posted online for Fiscal Years 2017 to 2021. Recently completed projects between the district works with the USACE include Sims Bayou, Clear Creek, and Greens Bayou.

HCFCD also partners with the Federal Emergency Management Agency (FEMA) to implement both structural and nonstructural projects to reduce the risk of flooding as well as manage flood insurance rates in Harris County.

SSCI has a long standing relationship with HCFCD, USACE, and FEMA and has provided storm water, detention/retention pond, and wetland and ecological services to these agencies.  In partnership with our clients, SSCI has assisted land developers, property owners, and investment groups with navigating the permitting and compliance issues related to living and working in the bayou city.