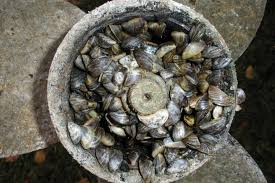 Zebra Mussels have been positively identified for the first time at Lake Travis in Central Texas.  Zebra Mussels are an invasive species originating from eastern Europe and western Russia. A single adult female zebra mussel can produce up to one million larvae each year that cannot be seen by the naked eye, causing infestation to occur before a sighting. Zebra mussels attach to any hard surface in the water including submerged infrastructure, piping, watercraft, and even native mussels. Currently, there is no known way to eliminate zebra mussels from entire lakes without harming native species and colonies, and are expensive to remove from surfaces. With infestation occurring rapidly due to the swift reproduction rate, zebra mussels require large amounts of plankton to survive, depriving other species of food. 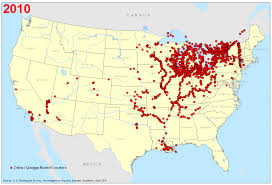 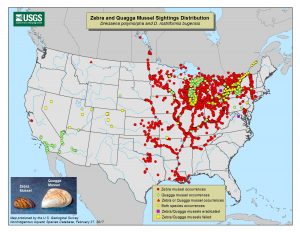 It is important to take safety precautions to prevent spread of the invasive species to other lakes. Boaters are required by law to drain all water from their boats when leaving or approaching public water. This includes sailboats, kayaks, canoes, etc. It is important to inspect the watercraft after use and remove any attached vegetation, mud, or unknown objects. All compartments of the boat must be dried, including the exterior, for at least a week. If it is not possible to leave the boat outside of water for a week, the boat should be washed using high pressure soapy water. Transporting zebra mussels, knowingly or unknowingly, is illegal and first-time offenders can be fined up to $500.  For more information about the invasive species in Texas, visit texasinvasive.org.